I recently had the pleasure of speaking at an Intel webinar on simplifying complex networks. We discussed how to do this in detail – and I encourage you to watch the webinar – but I’ll present the high points in this blog.

How We Got Here

As they say, the past is a prologue. So, how did we get to where we needed to invent a radically straightforward yet more powerful way of networking? Let’s start by going back a few decades to when multiprotocol label switching (MPLS) was developed and launched. Enterprises began building networks between their data centers and branch offices, and MPLS connections offered a perfect solution, form and function. It was high-performance – fast, scalable, and secure. Enterprises adopted MPLS en masse.

Software-defined wide area networks (SDWAN) came along in 2012 and delivered a much more agile way to provision and manage networks. One of the benefits of SDWAN had allowed the enterprise to use cheap public internet bandwidth for fewer complications and lower costs. But, the reliability of the internet connection, packet loss, and latency became a genuine concern with operators or service providers running real-time or latency-sensitive applications over heavily used circuits.

Both MPLS and SDWAN began to break in the past five years. The issue was how networks were fundamentally changing. Enterprises needed to connect to the cloud and cloud applications, to work from home employees to IoT devices, to business partners, and increasingly, to edge networks. Neither MPLS nor SDWAN technology was built for such a dynamic, far-flung networking style. Put simply, it has become too slow and painful to build bespoke networks using decades-old technology like SDWAN and MPLS for today’s network connection needs and the critical applications being utilized.

Time for a New Network Edge

Our founder, Khalid Raza, is generally known as the “father of SDWAN,” having co-founded SDWAN pioneer Viptela. He also was on the ground floor of MPLS, holds several essential MPLS patents, and built many of the first large MPLS networks. As he watched how networking was changing, he realized it was – once again – time to design and deliver a new way of networking.

But how? When we looked at the challenge, we realized two things were crucial. First, it would have to be a private network. That’s the only way we could deliver the performance enterprise needs (speed, scalability, and security). But second, it needed to be delivered as-a-Service and provisioned from a SaaS portal that lived in the cloud. That’s how everything else is delivered–computing, storage, applications, and services. It was time for networks to follow suit.

The Graphiant Edge is what connects your network to ours. This can be hardware, built on Intel Silicon, or virtual. What you connect to is the Graphiant Stateless Core. This is a private network with POPs near all your locations. We also have the Graphiant Cloud Edge, which connects to public clouds like AWS and Azure of GCP. And finally, we have the Graphiant Portal. This sits in the cloud and allows the enterprise to set up network policies and provision connectivity. 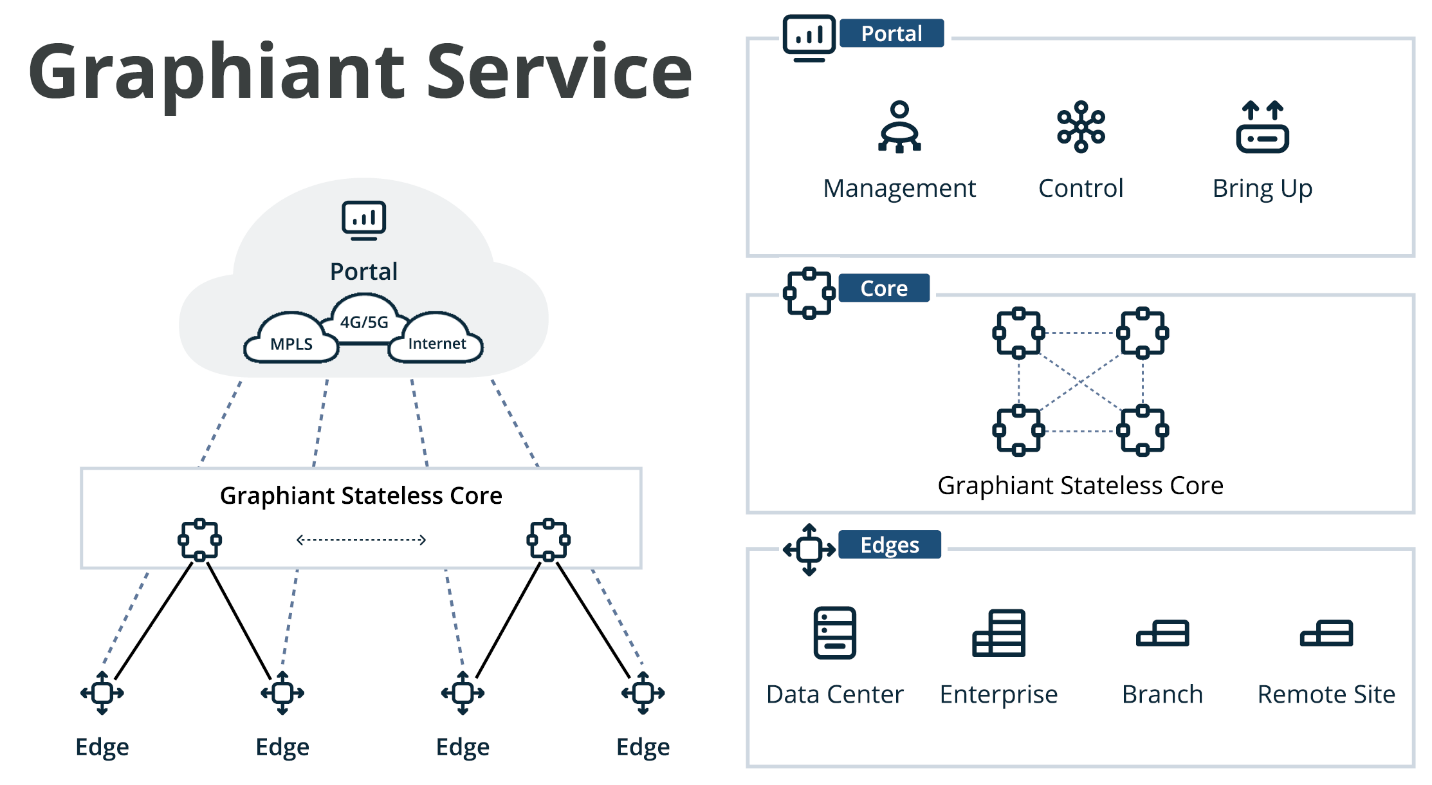 Graphiant has partnered with Intel to take advantage of Intel’s Smart Edge. This is an edge compute ecosystem that Intel is building, an environment where different applications and different capabilities can be delivered. And this opened a new set of possibilities to connect from the edge to every other resource.

We see the tremendous potential of the range of Intel’s processing power deployed directly at the edge in many different form factors. We especially agree with Intel’s ecosystem model. Watch the webinar as I dive much deeper into this topic. For now, I’ll keep it high-level and observe that Intel’s new ecosystem requires a simplified connectivity model. Instead of a mess of complex tunnels and routers, we envision a simple connectivity experience from any edge to any edge.

That’s the essence of the Graphiant + Intel partnership.

I provide a lot more detail in the webinar about the technical details of how the Graphiant Network Edge works. I stay high-level here and present three use cases we see in the field.

The first is straightforward – the network edge. The problem today is that networking today is too expensive, complex, and challenging. In a world where every enterprise is working to digitally transform, yesterday’s networking models are in the way.

With Graphiant, enterprises connect to all enterprise resources quickly, easily, and economically using the Graphiant service. What used to take weeks or months to accomplish now takes a few quick clicks.

Next is B2B Connectivity. This is an increasingly common requirement, but today’s tools are too slow and complex to meet the demands. With Graphiant, the enterprise can connect to customers and partners using the Graphiant service. It is simple and fast to create business policies to enable connections & decrease time to market.

The final use case I’ll talk about is Intel’s Smart Edge vision. The industry 4.0 revolution focuses on the transformative nature of data. Intel’s Smart Edge enables a world where any endpoint can generate, process and use data to make localized efficient decisions.

Graphiant sees this as the next emerging ecosystem requiring simple, as-a-service connectivity tied to the bandwidth consumed. 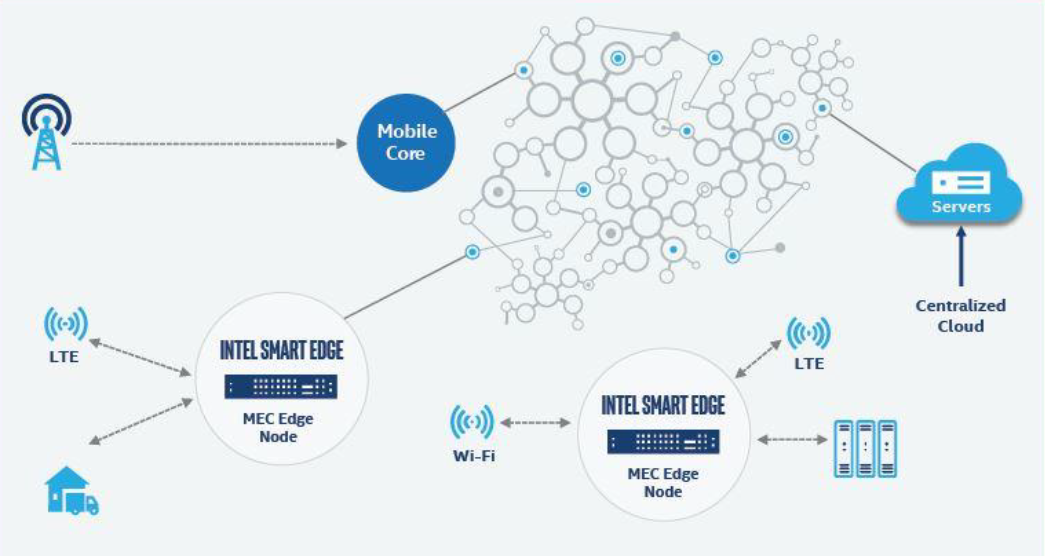 Enterprise networking has changed radically over the past five years. That’s caused old models like MPLS and SD-WAN architecture to break irrevocably. It’s time to rethink how we network. The Graphiant Network Edge, powered by Intel Silicon, provides that precisely.

Experience what comes next in networking and schedule a demo today. 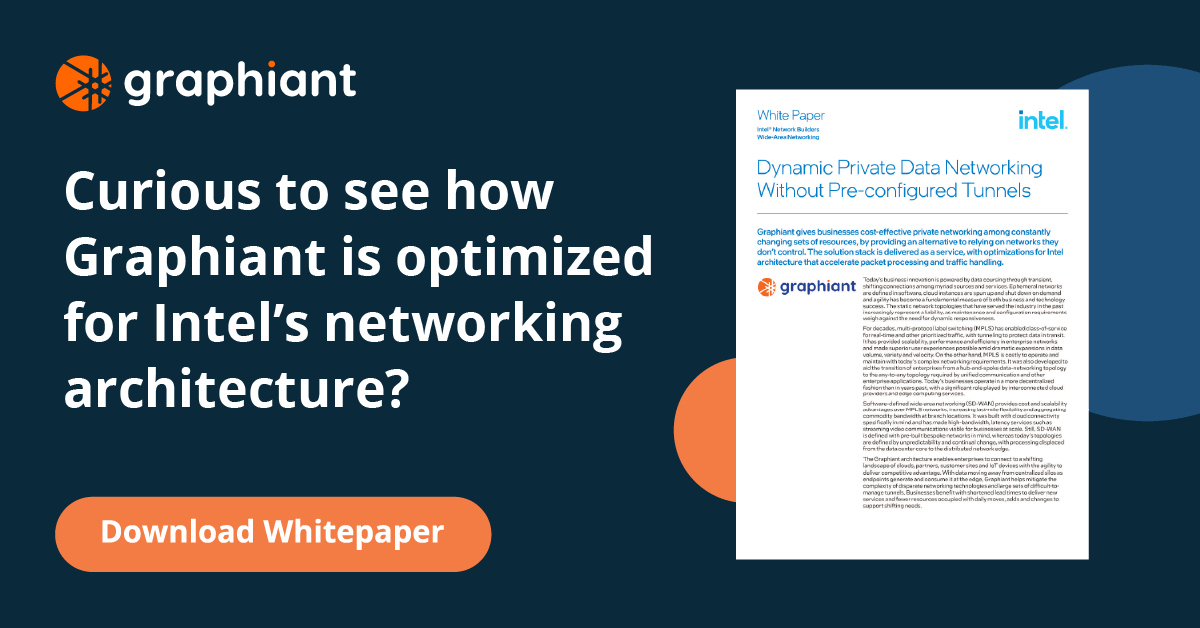 Back to the Graphiant Blog

By Matt Krieg | January 17, 2023
Stop stacking licenses upon licenses. Network licensing is not the answer. With Graphiant’s SD-WAN MPLS Replacement, your network licensing woes can be behind you.
Read More

How did we go from SD-WAN to SASE to SSE?

By Ali Shaikh | January 10, 2023
Things have changed since SD-WAN arrived on the scene, and SD-WAN benefits aren’t what they once were. How have we gone from SD-WAN to SASE to SSE?
Read More

Dragging networking into the 21st century …

By Dave Knuth | January 4, 2023
When Graphiant set out to change the networking industry, we recognized that we could not do it using ...
Read More
WordPress Video Lightbox